Patterns of usage of sugar-sweetened beverages (SSBs) and the associated behaviors with expenditure incurred among persons visiting the general outpatient department of a tertiary care hospital.

The burden of non-communicable diseases in India has already reached epidemic proportions. Sugar-sweetened beverages (SSBs) are implicated in causing obesity, diabetes and cardiovascular diseases. There is a lack of data from India regarding how frequently and how much sugary drinks are consumed, in what forms, what are the associated behaviors and expenditures incurred due to consumption of SSBs. This was a cross-sectional study conducted in a public tertiary care hospital located in Bhopal in central India, between May and September 2018. Patients and accompanying persons attending the general out-patient department and who were ≥ 15 years of age were included. Patients who are severely ill were excluded. Convenience sampling was used to select participants. Exit interviews using a semi-structured interview schedule were conducted with subjects giving informed consent and after patients had completed the physician consultation. Data was entered in Epi Info version 7.2 and analyzed using IBM SPSS version 22. 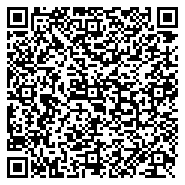